The European Commission sparked an international debate in July when it put forward its proposal for a carbon levy, known as the carbon border adjustment mechanism (CBAM). This explainer considers the politics around the proposal, offers an overview of the next steps in the legislative process, and provides some food for thought on what might come next.

The CBAM is part of the “Fit for 55” package, a set of legislative proposals aimed at achieving the EU’s enhanced climate target of reducing emissions 55% by 2030 compared to 1990 levels. CBAM would put a price on emissions of certain imported products produced in jurisdictions with more lax emission rules. That price would be equal to the carbon price paid by European producers through the EU’s emissions trading system.

By doing this, the EU wants to level the playing field between domestic and foreign producers, so as to avoid carbon leakage – where high prices (in Europe) lead domestic buyers to purchase goods produced in another country with lower emissions targets, thus shifting carbon emissions outside of Europe.

The idea behind a CBAM has been discussed for 15 years or so in both the EU and US. France has been the main, and often lone, advocate of an EU CBAM. While all previous attempts to introduce it have failed, this time might well be different.

Early in her term, European Commission President Ursula von der Leyen put forward the European Green Deal, which referred to a CBAM and to extension of the EU’s emissions trading system to transport and buildings. Germany had long asked for the latter, so it seemed like Europe’s “Franco-German motor” had struck a climate deal.

A CBAM has gained significant political traction across Europe in the past two years. Countries that were once sceptical, such as the Netherlands and Denmark, have voiced support, alongside Spain, Austria, Luxemburg, Poland, Lithuania, Slovakia and the Czech Republic. As the discussion is only just getting started in European capitals, it is difficult to imagine what a qualified majority in favour of a CBAM might look like.

After 16 years at the helm of Europe’s biggest industrial producer, Angela Merkel will soon pass the baton to a new chancellor, whose position on CBAM is not yet clear. Moreover, German industry is positioned against the idea.

Currently, industrial sectors at risk of carbon leakage do not have to purchase allowances on the market but receive them for free. From the start, the CBAM has been presented as an alternative or replacement to free allowances by the European commission, as both tools serve the same purpose. This will likely be disputed by Central and Eastern European countries, many of which depend on energy-intensive industries for employment. While not averse to a CBAM, these countries are not in favour of it replacing free allowances, a known quantity liked by their industries.

While Nordic countries and the Netherlands have warmed to the idea of a CBAM, as climate leaders they will want a swift transition from free carbon allowances to the new mechanism. France, the self-declared CBAM champion, will have to facilitate compromises if it wants to see a CBAM implemented.

The CBAM is still in the early stages of the legislative process. The proposal made in July will be followed by at least 18 months of assessment, position-building by the different EU institutions, and legal scrubbing before the CBAM’s pilot phase can kick off, at the earliest in January 2023.

Following the EU commission’s legislative proposal for the CBAM, the parliament and the council assess the proposal and can propose amendments to the text through the “ordinary legislative procedure”. This month, the CBAM proposal will be referred to a committee in the parliament, which will finalise its considerations of the draft report by January for the plenary to vote on in the first quarter of next year. While the Environmental Committee is expected to lead on the file, a suite of other parliamentary committees will have varying degrees of procedural powers, further complicating the dynamics for reaching a position.

Once all amendments from the parliament are approved by the council, the legislation is passed. If at any point in the process the council and the parliament can’t reach an agreement, both enter into a “trilogue”. This is an informal tripartite meeting between representatives of the parliament, council and commission. Trilogues on CBAM are likely to take place in the second and third quarters of 2022. Any provisional agreement reached in them is informal and must then be approved by both parliament and council in order to be adopted.

Voting in the parliament takes place by simple majority. In the council, most legislation requires a qualified majority vote to be passed – which means 55% of member states (that is, 15 out of 27) representing 65% of the EU population voting in favour. But if the CBAM proposal takes the form of a customs duty or other taxation, it would require a unanimous decision from the council, making the approval process even more challenging. However, this option seems unlikely as the commission’s proposal links CBAM explicitly to the emissions trading system. 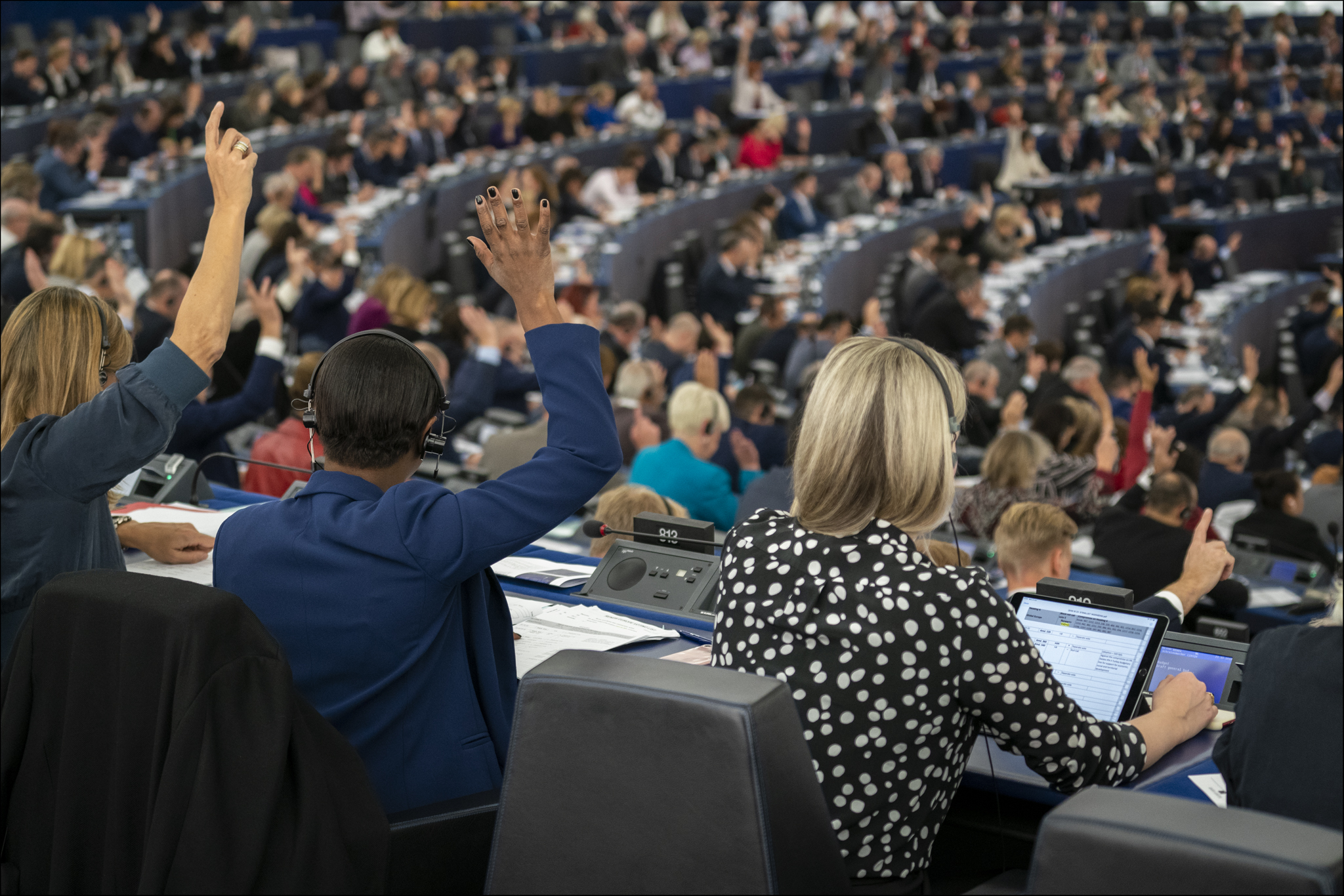 The parallel negotiations between the three European institutions usually take around two years per case file. The process will likely span the Slovenian (July to December 2021), French (January to June 2022) and Czech (July to December 2022) presidency of the council. This will impact the dynamics of the negotiations. Reaching a general approach in the council in early 2022 will be a top priority for France. This would be followed by trilogues in the second half of 2022. The leadership vacuums in Germany and France due to national elections (last month and in April 2022, respectively) could further affect the process.

Once the final CBAM legislation is passed, in January 2023, at the earliest, the CBAM will likely start with a pilot phase, as set out in the commission’s proposal. During this three-year period (2023-2025), importers will not be charged but will instead be asked to report on the embedded emissions of their products covered by the CBAM. This pilot phase gives trade partners time to adjust, initiate data collection and develop methods for calculating embedded emissions.

From 2026 onwards, free allocation will gradually be phased out by 10% each year and importers will have to pay for an increasingly larger share of the emissions embedded in their products. If the current proposal comes to life, during the same 10-year period CBAM will increase by 10% each year until 2035 when it will be fully phased in.

What to look out for

During the negotiation process, several sticking points will need to be addressed. While the gradual shift away from free allowances would limit the costs for importers initially, it would also continue to mute the carbon price signal making its way down the value chain to end-consumers in the EU. To make the emissions trading and CBAM more effective, progressive voices and NGOs will continue to call for an earlier phase-out of free allowances, while industry stakeholders are likely to support CBAM only if free allowances are maintained. The experience of the European parliament’s “own initiative” on CBAM has already shown how contentious this issue is: the reference to the phase-out of free allowances included in the adopted committee report was deleted from the final text at the last minute during the parliament’s plenary.

Another issue relates to the CBAM’s scope. While the European parliament called for a broad scope, both in terms of the sectors and emissions covered, the commission’s proposal is rather narrow. It is proposed that only a handful of carbon-intensive sectors’ direct emissions will be covered initially, which could possibly be expanded further down the line to include indirect emissions from energy use.

Finally, the use of revenues generated by the carbon levy will continue to be a controversial topic. All revenues are currently expected to go to the EU’s general budget without climate earmarking. In contrast, some of the EU emissions trading system revenue generated from the free allowances auctioned to EU companies is used for modernising energy systems in ten Central and East European countries.

Earmarking CBAM revenues for international climate purposes would be the preferred option. It would send a strong cooperative signal to trade partners, particularly in developing countries, and help manage geopolitical tensions. A successful CBAM would be one that also helps producers in developing countries invest in cleaner technologies, allowing them to both compete in the single market and reduce emissions at home.